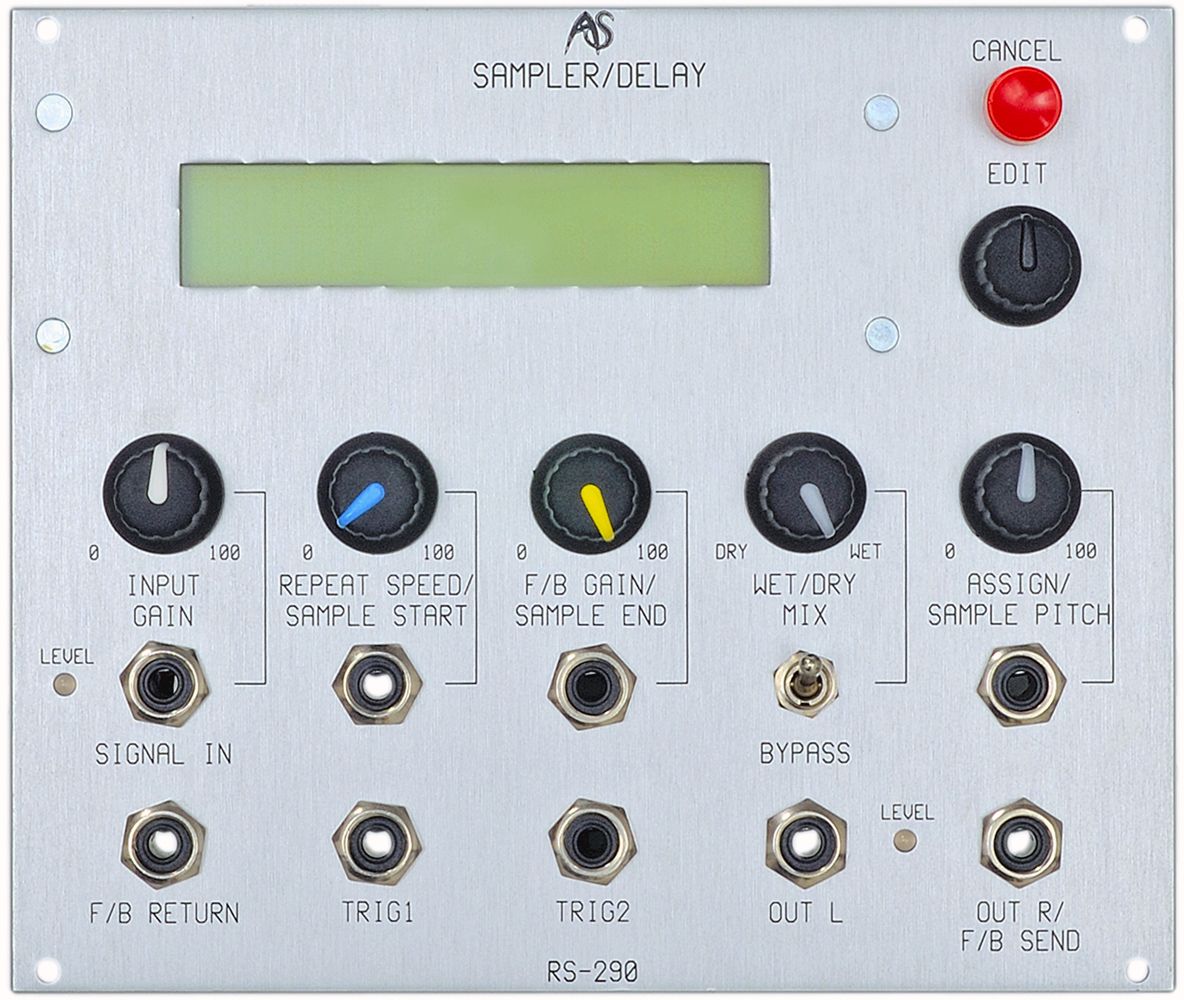 Echo was almost certainly the earliest 'effect' used on electronic sounds. It is also the easiest to produce: all you need is a tape recorder with a record head offset by a few centimetres from the playback head. If you then record a sound onto the tape, you can replay it as a single echo a few fractions of a second later, with the delay determined by the tape speed and the distance between the heads. Later innovations included machines with multiple heads that produced a series of echoes, and tape loop systems that - if you wished - extended the number of echoes to infinity, each sounding muddier and less like the original sound than the previous. If you listen to the electronic music of the 1950s, you'll find it awash with tape echo, sometimes used to excellent effect, more often not.

The problem with tape echo was that it was neither convenient nor cheap to produce. A lighter and more affordable alternative arrived in the 1970s with the development of the bucket brigade device, or BBD. Although totally analogue in nature, a BBD takes a series of samples of the incoming audio, and allows you to tap these at various stages as they pass down a series of discrete steps through the device. BBDs made cheap electronic delay lines a commercial reality and, although they never sounded as good as their tape-based counterparts, solid state "echo units" soon became a staple of electronic music.

Although the maximum delay times available from BBD echo units tended to be rather short - of the order a few hundred milliseconds - they proved to be ideal for a wide range of electronic effects such as chorus, flanging and phasing, whereupon their often metallic sound could prove to be a benefit rather than a hindrance. The Analogue Systems RS-310 Reverb/Chorus is one such device and, unlike the stand-alone units developed in the '70s, this offers significant benefits such as voltage control of the delay time and voltage control of the mix between the unaffected and affected signals.

Offering far higher fidelity, digital delay lines (DDLs) were also developed in the 1970s. Although clunky by today's standards, the earliest of these were unbelievably expensive, which is why they did not come to the attention of most musicians for another decade or so. To explain precisely how a digital delay line works would require a thorough treatise on sampling theory, and this manual is not the correct place for that. Nonetheless, it's not hard to grasp the basics...A digital delay line is nothing more nor less than a specialised computer that samples an incoming signal and stores it in RAM. These samples are typically taken at a rate of 44,100 times per second, and stored with a resolution of 16- or 24- bits per sample. Once a sample is held, it can be read back at any time (or times) determined by the delay algorithm, until it is necessary to replace it with another incoming sample.The amount of time a sample can be stored is determined by the amount of RAM in the system.If you can modulate the clock rate of a DDL and mix the affected signal with the original, you can create a much wider range of effects than just simple delays. As on their analogue counterparts, this is the method used to recreate sounds such as chorusing, flanging and phasing.

Like the digital effects units mentioned above, digital samplers use computer memory to store clips of audio that have been converted into digital form by an analogue-to-digital converter. Playing back these clips is simply a matter of reversing the process, reading the information in the memory and converting this - as accurately as possible - back into the original audio.

It this were the limit to the capabilities of a digital sampler, it would not be a particularly useful tool.

However, if we vary the rate at which the memory is read during the playback process, we can alter the pitch of the audio, transposing the sound up and down. So, for example, if an audio clip was sample data clock rate of 44,100 times per second, but played back at 22,050 samples per second, the resulting sound would have a pitch exactly one octave lower than the original. Clearly, if we could control the clock rate using a keyboard (or other controller of some sort) we could 'play' the audio clip just like the waveform produced by a conventional, analogue oscillator.

In the 1970s, early users of the newly developed sampling technology were carried away by this idea,and transposed many vocal and instrumental sounds inappropriately, producing an effect sometimes called 'munchkinisation'. This arises when the nature of the clip is altered too much by the transposition,making the tonal qualities unsuitable for the pitch that is being produced. The solution to this was to develop instruments capable of recording and storing multiple clips, and distributing these clips across the range of pitches required.

'Multisampling' required more powerful processors and a significant increase in memory, so early performance samplers such as the Fairlight CMI were extremely expensive. But the cost of hardware diminished rapidly throughout the1980s and1990s, and manufacturers can now design low-cost devices that offer a huge range of sampling, editing, and replay capabilities. The RS-290 is one such device, and although it is a single-voice sampler, its unique combination of digital sampling, computer-based sample manipulation and control via analogue CVs makes it a unique product that allows you to experiment with sound in ways that are not possible elsewhere.

The RS-290 is in many ways two separate products. On one hand, it's a sophisticated Delay unit with six distinct modes of operation, and its inputs, controls and menus act in ways that are most appropriate forusing it in this fashion. However, a quick change to Sampler mode alters the front panel operation and substitutes the eleven Delay menus and numerous sub-menus with eight Sampler menus and sub-menus that allow you to use it as a powerful, voltage controlled, single-voice sampler.There is some overlap between the operation and menu structures in the two modes, so the rest of this chapter is divided into three sections:

The RS-290 is controlled primarily by the menus displayed on its 2 line x 20 character LCD. This display is backlit to aid its use in darkened conditions.The two main menus (the top level of each menu hierarchy) offer access to the sub-menus, which in turn may offer additional sub-sub-menus. (The sub-sub-menus are not shown above.)