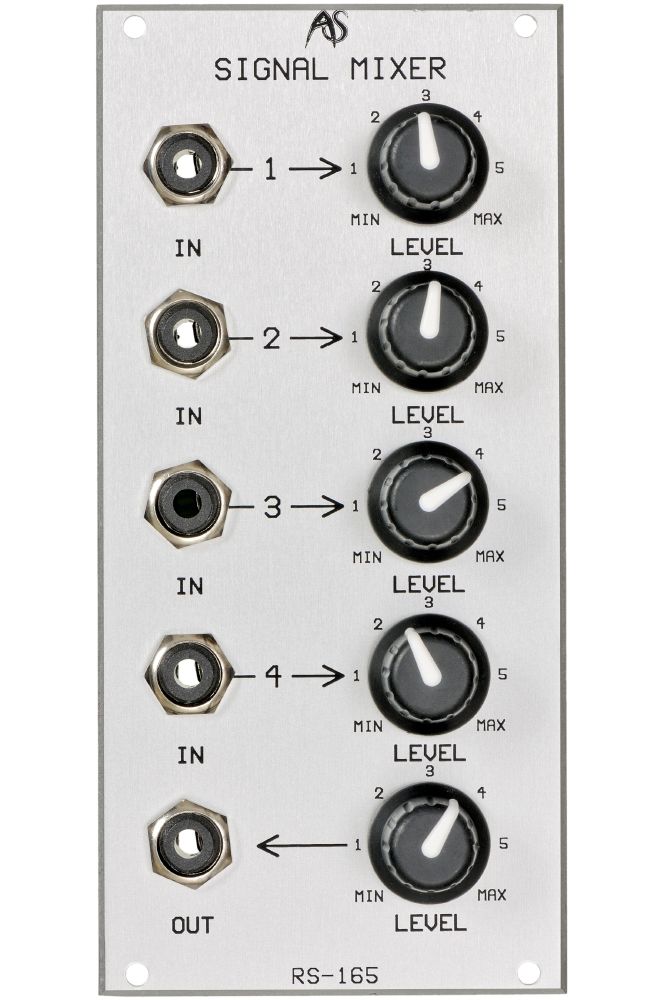 Consider, for example, a patch in which you wish simultaneously to pas s the outputs from three or four devices to another module.

Clearly, you will need to mix the sounds or CVs together before you can do so. Furthermore, you may wish to mix them in unequal amounts. This is where dedicated mixers such as the RS-160 and RS-165 are required.

The mixer has four signal inputs and linear level controls. The output has a polarizer as level control, with which the output signal can be inverted.

The RS-160 is a 4-channel mixer with independent, linear response LEVEL controls for each input, and an overall LEVEL control for the output. Designed primarily for use with Control Voltages, you can use it for all analogue CVs and audio signals (mixing the two if desired) and you can invert the polarity of the output. These features allow you to create complex controllers for special effects, and are particularly useful for creating audio effects such as panning.

The RS-165 is identical to the RS-160 except that it offers logarithmic LEVEL controls (most suitable for audio signals) and it lacks the inverter function.

The mixed signal is output from the OUT socket. It has maximum amplitude ±10v.